The best and worst features of Google ‘Allo’

“Allo mate!” It sounds like something that should be on a tourist ad – but no, this is just me and my imagination as I read over Google’s latest app development.

Currently in the testing phase, ‘Allo’ initially seems very similar to Whatsapp – although there are of course some notable differences. So far the reviews have been mixed, with some suggesting the app would be better bundled with ‘Google Duo,’ Google’s 1-to-1 voice call app. So with that said, let’s have a look at the great, the okay, and the not so great.

Incognito Mode – With end-to-end encryption, you can chat privately with your contacts. Simply choose how long you want messages to stick around for, and when they should expire. You can also make sure your chats stay private from snoopy people sitting behind you on public transport by using the private notifications setting. 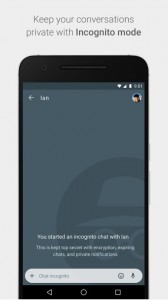 Google Assistant – Want to know the weather report for the weekend, the best local japanese restaurants, or simply need a reminder for an early wake up alarm? No problem! Just use the microphone button to ask a question, and Allo’s Assistant will give you an answer (or in the case of an early wake up, set your alarm).
allo google assistant 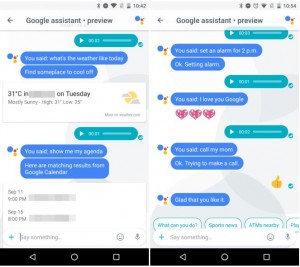 Individual message deletion – According to Ausdroid, Allo will allow users to delete individual messages from their chat stream. For example, let’s just say that your partner sends you an emergency text with their credit card details – you certainly don’t want those hanging around on your phone do you! With Allo, you can simply delete any messages as you feel fit. While this is certainly not a revolutionary idea by any means, it’s still one that is helpful. Just be aware, deleted messages will only disappear from your device.

Independent artist sticker packs – According to Allo, their app will offer users 3 sticker packs to get started (each containing 24 stickers), with the option to purchase more (in total there are 24 packs). Similar in part to some of the Hangout emoticons, you’ve got everything from the funny and cute, to the sassy and cheeky (such as ‘pudding the cry baby,’ ‘fun-der the sea,’ ‘worst day ever,’ and ‘talk to the hands’). Just be aware however, there are a few packs that are possibly NSFW – including ‘Julio the Bull,’ a bootylicious character who, let’s face it, is in no need of an ego boost! All stickers are designed by independant artists and studios from around the world. 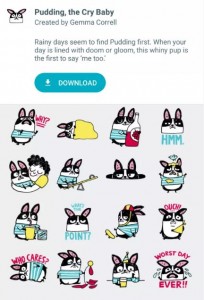 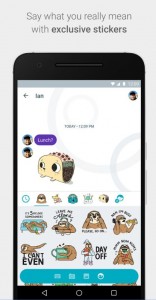 Ink – as mentioned earlier, Allo will allow you to get creative by ‘inking’ photos (essentially, drawing and doodling on them).

Search Function – With Allo’s dedicated and extensive search function, you won’t have to worry about endlessly scrolling through your chats to find a specific text (as with Hangouts). Hallelujah for that!

Features that are a bit MEH

Smart Reply – According to Allo, this feature will allow your phone to automatically respond to pictures and text messages automatically – without you having to type a single word. Apparently, the app does this by learning over time what your response style is, and then adapting from there. For example, if your friend sends you a picture of their new puppy, Smart Reply might suggest that you respond with ‘aww how cute!’ or ‘Love!’ You then have the option to click on one of the suggested responses.

Personally, I think it’s a bit average. I mean, are we really so time poor that we’d rather a machine converse with our friends as opposed to us? I know I’d rather have a real conversation with my friends and family – and receive genuine responses from them – without the ‘help’ of automatic suggestions.

And let’s not even get started on what would happen if it automatically sent off an incorrect response!

No cloud backup – According to Android Police, it seems that Allo does not have a dedicated backup or cloud function – something which seems rather strange. For some this could possibly be a killer, as once uninstalled, your chat history and one-one-one texts, along with images you’ve sent and videos you’ve received, are all gone.
However, given that the app is still in its testing phase there’s hope that perhaps this function will be fixed by the time the final app version is released (we really do hope so!).

No trimming – If you’re hoping to trim that lengthy video before sending, it appears this won’t be an option sorry.

Auto-Wifi – Hoping to save data by limiting your auto downloads to Wifi only? Sorry, it seems this also isn’t a possibility yet.

As mentioned Allo is still in the testing phase – so there is still hope for change. What will stay or go however, remains unknown for now.

What are your thoughts on Allo? Do you think it will replace Hangouts or Whatsapp as your preferred app? Let us know!