In their bid to continue making AdWords as relevant as possible to today’s users, Google have just announced a new 2017 AdWords update! Keen to find out what’s new? Just keep reading!

When it comes to your Overview page, you want your insights to be fast and user friendly yes? Well according to Google, this is what the most recent changes will achieve; removing clutter and making navigation easier.

From those who’ve already sampled the new features, the response seems to be mostly positive. Praise for the new layout includes its faster and more intuitive functions, which, according to one advertiser, make it ‘easier to get things done’.

As can be seen via the below images from AdWords, the new layout will allow users to more easily view key insights through heat-map style charts; displaying data on which locations and days of the week are achieving the best results. 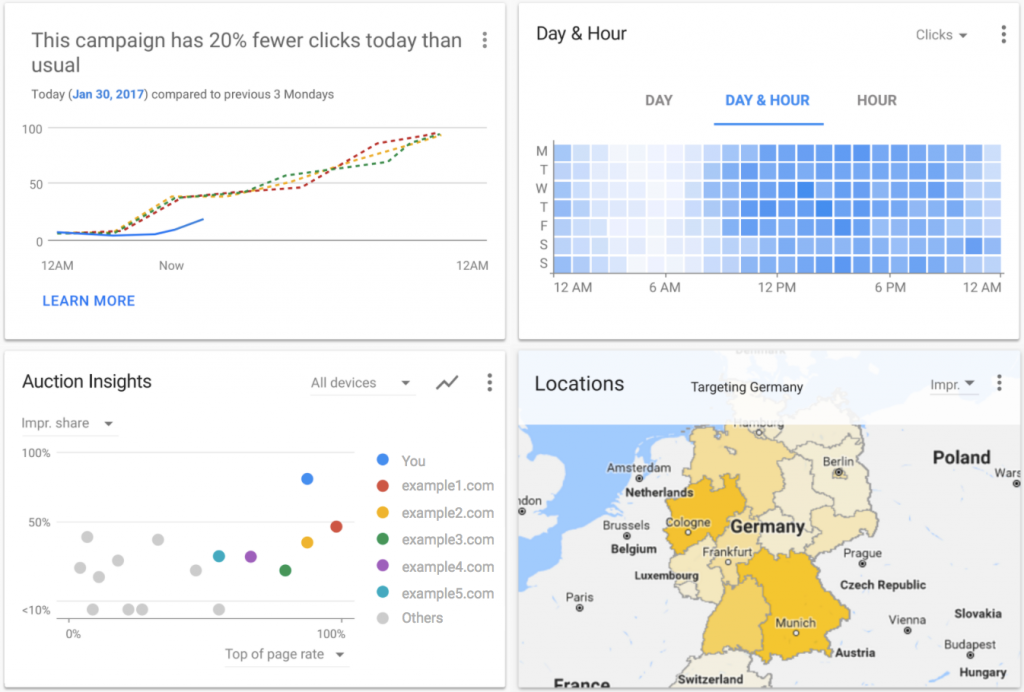 According to Browsermedia, these maps may also be interactive – which would allow users to alter the metrics to suit their preference.

“Above you can see clicks and impressions in the ‘Day & Hour’ and ‘Locations’ charts, respectively, but there is a drop down next to the metric so hopefully that can be changed to conversions etc, to see data for those too,” they write.

According to AdWords these changes will be rolled out over the coming months, and may be seen by some users automatically upon signing into AdWords.